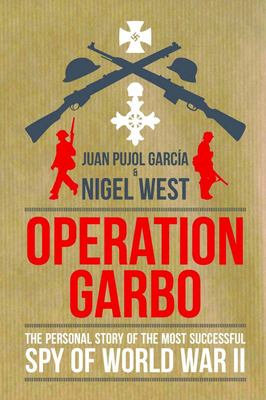 Operation Garbo: The Personal Story of the Most Successful Spy of World War II

Garbo was the British codename of Joan Puyol Garcia, perhaps the most influential spy of the Second World War. By feeding false information to the Germans on the eve of the D-Day landings he ensured Hitler held troops back that might otherwise have defeated the Normandy landings. This allowed the Allied push against the Nazis in Europe to begin. Amazingly, Garbo's cover was never broken and he remains the only person ever to have been awarded both the British MBE and the German Iron Cross. After the war Garbo faked his own death and fled to Venezuela with a mistress, where he later opened a book store. Ironically, his family in Spain only found out he was still alive when this book was published, Garbo having failed to realise it would also be translated into Spanish. The best collection of military, espionage, and adventure stories ever told. The Dialogue Espionage Classics series began in 2010 with the purpose of bringing back classic out-of-print spying and espionage tales. From WWI and WWII to the Cold War, D-Day to the SOE, Bletchley Park to the Comet Line this fascinating spy history series brings you the best stories that should never be forgotten.

Juan Pujol Garcia was born in Barcelona in 1912. He died in Caracas in 1988. Nigel West is the pen name of Rupert Allason, a military historian and author specialising in intelligence and security issues.