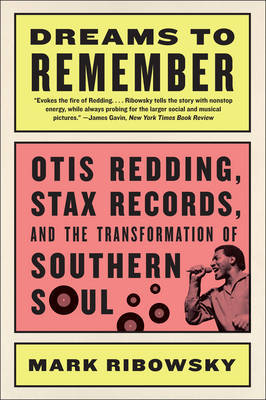 Dreams to Remember: Otis Redding, Stax Records, and the Transformation of Southern Soul

When he died suddenly at the age of twenty-six, Otis Redding (1941-1967) was the conscience of a new kind of soul music. Berry Gordy built the first black-owned music empire at Motown but Redding was doing something as historic: mainstreaming black music within the whitest bastions of the post-Confederate south. As a result, the Redding story-still largely untold-is one of great conquest but grand tragedy. Now, in this transformative work, Mark Ribowsky contextualises Redding's life within the larger cultural movements of his era. What emerges in Dreams to Remember is not only a triumph of music history but also a reclamation of a visionary who would come to define an entire era.

Mark Ribowsky is the author of Ain't Too Proud to Beg: The Troubled Lives and Enduring Soul of the Temptations, The Supremes: A Saga of Motown Dreams, Success, and Betrayal and the New York Times Notable Book Don't Look Back: Satchel Paige in the Shadows of Baseball, among other books. He lives in Florida.