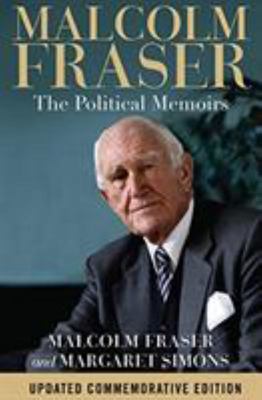 'The great task of statesmanship is to apply past lessons to new situations, to draw correct analogies to understand and act upon present forces, to recognise the need for change.'--Malcolm Fraser

Malcolm Fraser is one of the most interesting and possibly most misunderstood of Australia's Prime Ministers. In this part memoir and part authorised biography, Fraser at the age of 79 years talks about his time in public life. From the Vietnam War to the Dismissal and his years as Prime Minister, through to his concern in recent times for breaches in the Rule of Law and harsh treatment of refugees, Fraser emerges as an enduring liberal, constantly reinterpreting core values to meet the needs of changing times.

Written in collaboration with journalist Margaret Simons, Malcolm Fraser's political memoirs trace the story of a shy boy who was raised to be seen and not heard, yet grew to become one of the most persistent, insistent and controversial political voices of our times.

The book offers insight into Malcolm Fraser's substantial achievements. He was the first Australian politician to describe Australia's future as multicultural, and his federal government was the first to pass Aboriginal Land Rights and Freedom of Information legislation, also establishing the Human Rights Commission.

After his parliamentary career, Fraser continued to be an important player in public life, playing a key role in persuading the USA Congress to impose sanctions on South Africa as part of the battle against apartheid. He was also the founding chair of CARE Australia, one of our largest aid agencies.