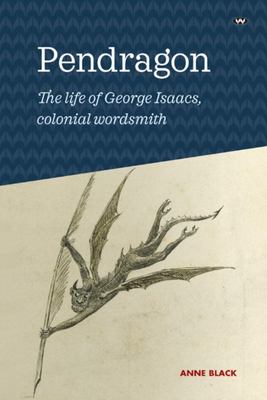 When the colonial writer George Isaacs died in Adelaide on Valentine's Day 1876, he was quickly dispatched to the West Terrace Cemetery and buried without pomp. His grave was unmarked by a stone, his memory damned for posterity by the obituary soon published in the 'South Australian Register' labelling him 'a thorough Bohemian'. Such was the end of the overlooked author of the first novel published in South Australia. Whether writing under his own name or that of his apt pseudonym, 'A. Pendragon', Isaacs captured the dynamic atmosphere of his era in his written works, but did not fit comfortably into colonial society. Set apart by an unconventional private life, his Jewish heritage, his fierce intelligence and his willingness to speak and write his mind, George Isaacs led a surprisingly varied life across two hemispheres and two Australian colonies. A novel, plays, prose, poems, editorials, advertisements, reviews and lectures flowed from his pen. He was one of the founders of the Humbug Society and instrumental in the production of the anthem 'The Song of Australia', as well as the creative force behind a museum, a library and the 'Bunyip' newspaper. Despite the availability of rich primary sources, his significance has been overlooked until now. As an inaugural study, 'Pendragon: The life of George Isaacs, colonial wordsmith' contributes a valuable strand to the knowledge of Australian colonial literature. On a more intimate level, it is a paradigm of a colonial scribe - a case study of one immigrant's struggles to live as a writer in colonial Australia.