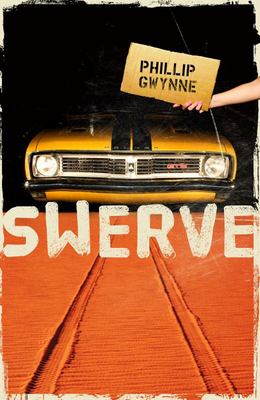 One of the country's finest young cellists, 16 year-old Hugh Twycross has a very bright future. A future that has been mapped out by his parents, his teachers, by everybody, it seems, except Hugh Twycross. Hugh has a secret though, he loves cars and he loves car racing. When his newly discovered grandfather, Poppy, asks him to go on a road trip to Uluru in his 1970 Holden HT Monaro, Hugh decides, for once in his life, to do the unexpected. As they embark on a journey into the vast and fierce landscape of the Australian interior, Hugh discovers that Poppy has a secret that will unravel both their lives and take them in a direction they never expected.

Phillip Gwynne's first novel Deadly Unna? the literary hit of 1998, has now sold over 180,000 copies. It was made into the feature film Australian Rules for which Phillip won an AFI award. The sequel, Nukkin Ya, was published to great acclaim in 2000. He has also written The Worst Team Ever, Born to Bake, and A Chook Called Harry in the Aussie Bites series, and Jetty Rats, and has written an adult detective thriller The Build Up, The Debt series, and most recently, the young adult novel is Swerve, which was shortlisted for many awards amongst them the 2010 Prime Minister's Award and the Golden Inky. He is also the author of Michael in the Stuff Happens series.